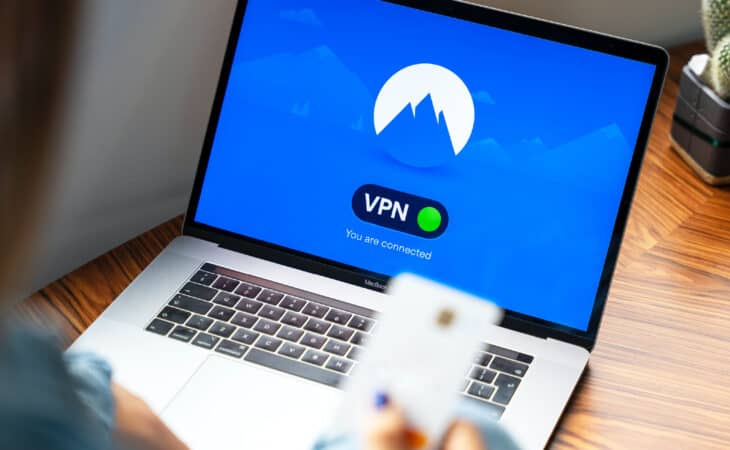 Have you ever had that uneasy feeling that you’re being watched?

Of course not. You’re not the paranoid type, right?

Well maybe you should be…

Right now, your internet service provider (ISP) is watching everything you do online. They see every site you visit and they compile vast logs of all of your online activity.

They even know that you’re reading this article.

Sounds a little farfetched doesn’t it?

Whilst there isn’t a guy over in the Virgin Media, BT or Plusnet office remotely watching your screen, it’s absolutely true that ISPs in the UK, Europe and the USA all keep extensive databases about their users’ browsing habits.

In the UK, ISPs are required to turn over user data to government officials and law enforcement without protest, and in the USA, net neutrality has all but disappeared, with ISPs now permitted to sell user data to the highest bidder.

Add in public WiFi snoopers, online hackers and con-merchants, and it’s clear that the average internet users’ privacy is in tatters and ripe for the picking.

So What’s the Solution?

There really isn’t a one-size-fits-all solution to internet privacy.

Keeping safe online is a multi-step process that needs regular research to stay abreast of changing technologies. With that being said, a good first step for any internet user looking to beef-up their security is to install a VPN.

Wait a Minute. I’ve Heard of Those! They’re for Pirating Movies, Right?

Just because VPNs are great tools for internet privacy doesn’t mean they’re the exclusive preserve of criminals! There are lots of valid reasons why the average law-abiding internet user would benefit from installing a VPN.

Let’s take a deep dive into the concept…

So What is a VPN exactly, and How Does it Work?

Confused? Here’s a Breakdown of The Process

Without a VPN connected, your computer (via your WiFi router) connects directly to your ISP’s servers. Those servers talk to other servers, and ultimately display the websites and files stored on them.

That’s fine. The system is fast, efficient and mostly bulletproof.

The problem is that it isn’t very secure. Because you connect to your ISP’s server, and ask it to “fetch” all the things you look at online, it means that the ISP sees everything you’re doing. It also means that third parties have a much easier time figuring out who you are, where you are, and what you’re doing.

For another opinion, the Work From Home blog WFHReview.com has this great read on Why use a VPN when working from home?

With a VPN Enabled

With a VPN turned on, your data is completely encrypted before it ever leaves your PC (or smartphone). When your data arrives at your ISP, all they see is a garbled mass of data and text strings, and a single connection going out to the VPN company’s server. Once you’ve established that connection, the VPN servers handle all the website visits you make.

What is a VPN? – Does it Really Matter?

Here are a few ways that a VPN can drastically improve your security and privacy online whilst you use the world wide web:

Before you’ve even begun to browse the internet, you’re going to need to establish a connection to your router. These days, that’s almost exclusively done via WiFi.

A WiFi connection to your own home router and network should be completely secure. Unfortunately, if you’re on a public WiFi network (like at a cafe or airport) your connection is compromised. Modern hacking equipment makes it trivially easy to intercept the data flying around on public networks and snoop through it for juicy information.

If you’re on the same public network as a hacker, you could well be sharing a lot of personal information with them, including things like Facebook and email account passwords, and even banking details.

Because a VPN encrypts all data before even establishing an internet connection, hackers are unable to see your personal information.

We’ve covered public Wi-Fi safety already, and that absolutely extends to hotels, hostels and Air BnB apartments, but there are other handy applications for VPNs when abroad…

If you’re in a foreign country, it can be irritating when search results are returned in the local language. Sure, you can set your Google account to your country of origin, but it’s not always foolproof.

When you connect to your VPN server, everything will look the same as if you were logging on from back home.

That’s a really useful feature if you’re travelling to a country like China, where the government places heavy restrictions on certain websites and social networks. It’s also useful if you want to access a service back in your home country, which might not be available in the country you’re visiting. Gambling sites are a good example of this.

A VPN also allows you to browse for airfares and hotels in your home currency (or any other currency where the VPN has servers). That means you can often find better deals.

Most VPN services allow you to “exit” from several different servers located all around the globe. That means if you’re in the UK for example, you can spoof having an American location, complete with local IP address.

Europeans will have easy access to the Super Bowl and Americans can get their fix of Italian Football for example.

It’s worth noting that although this isn’t illegal, many streaming companies are beginning to get wise to VPNs and lock out over-used IP addresses.

Despite VPNs becoming increasingly popular with casual internet surfers, their main user base is still overwhelmingly in the business sector. Many companies require mandatory use of VPNs when logging into remote drives or servers.

With many colleges and universities beginning to pivot to online learning, it won’t be long before VPNs become mandatory for classes and seminars too.

Some countries crack down mercilessly on any form of online expression that goes against the official party line.

OK, so you might not be a Chinese dissident, but that doesn’t mean you should be blasé about online anonymity.

It’s a crazy world out there. Politics is becoming increasingly bitter, hostile and partizan. If you enjoy writing political blog posts or opinion pieces, you might find yourself in the sights of an angry mob.

Doxxing (hunting down those of opposing political belief and publicly revealing their whereabouts) is a massive concern no matter what side of the political spectrum you fall on.

A VPN won’t help if you’re careless with your social media profiles, but it will give you an extra layer of protection when it matters most.

Remember the old argument about CCTV and privacy? It goes a bit like this: “You shouldn’t mind being filmed if you aren’t doing anything wrong”.

That’s a great notion in principle, but it’s easily countered with the following question: “Great, so would you mind being filmed whilst you use the bathroom?”.

Just because you’re not doing anything wrong doesn’t mean you can’t benefit from the anonymity of a VPN.

Besides, what gives your ISP the right to snoop on your internet history?

This might just be for similar reasons to online gambling. People might not want the negative perception which comes with their online gambling or trading activities being public knowledge.

Side note – when it comes to setting up your VPN, if you’re a little unsure of how to do it then this might be a task which you could outsource to a freelancer.

What is a VPN? – A Brief Word of Caution

In effect, you’ve offloaded all your interest history from your ISP and placed it in the hands of the VPN company. That means at the very least, you need to trust them as much as your internet provider.

If you’re not trying to overthrow your government and simply want to watch Netflix whilst on vacation, you can probably afford to be a little bit more relaxed when selecting a VPN service!

What is a VPN? – In Conclusion

If you’re worried about online safety for any reason at all, a VPN is a valuable first step in regaining your privacy and anonymity.

For avid consumers of digital media, a VPN also offers access to worldwide streaming services and TV networks that would otherwise be unavailable, and for digital nomads, provides a much safer way of working or browsing online in cafes and airport lounges.

What is a VPN? – A final key point to remember

Avoid free VPN services and pick a reputable company before taking the plunge!

For more great reading on the subject of ‘What is a VPN?’ and when you might want to use one, check out Why use a VPN when working from home? 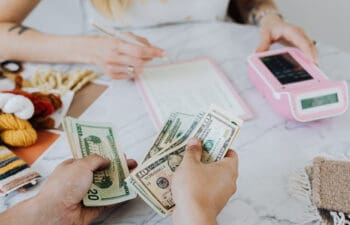 The Best Invoicing and Payment Tracking Tools for Freelancers Whether you’re a writer, designer or web developer, managing the finances …

Learn how to find the best Freelancers and build great working relationships in the remote working world and gig economy.

Make the most of Buying or Selling Freelance Services Online.
Which Freelancer helps you to find the best freelancers and build great working relationships in the remote working world and gig economy.